The latest national road toll figures confirm Australia is not on track to meet road safety targets that state and federal governments agreed to in 2011. 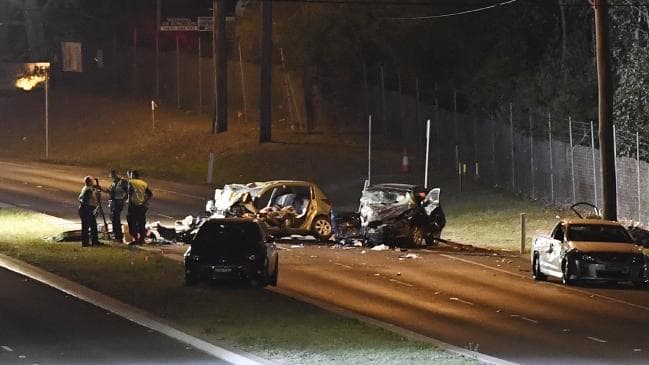 There is nothing to celebrate in the latest nationwide road toll figures that not only confirm Australia’s 12-month death toll is higher today than it was almost four years ago, but also show Australia is not on track to meet road safety targets agreed to by all Australian governments in 2011.

The nation’s peak motoring body, the Australian Automobile Association (AAA), has warned there is no room for complacency in the latest data which showed there had been 1146 road deaths in the past 12 months: a higher toll than in the 12 month period to March 2015, just over three years ago.

The AAA says the latest road toll figures also confirm that Australia is not even close to the 30% reduction target agreed to by the Federal and State governments, to reduce the annual road toll to 998 by December 2020.

“This devastating count of human lives highlights that the National Road Strategy, agreed to in 2011, is failing because of a lack of resources and willpower from politicians and bureaucrats alike”, the AAA’s Chief Executive, Michael Bradley, said.

Mr Bradley said road tolls fluctuated from state to state and from year to year, but the heart of the matter is that our National Road Safety Strategy continued as an unmitigated disaster and was not on track to meet its objective of a 30% reduction by 2020.

Mr Bradley said today’s response from the Federal Government had been disappointing. “There were 12 recommendations made in September last year by the independent Inquiry into the National Road Safety Strategy 2011-2020. To date the Government has committed to just one of these, a review of our Federal road safety bureaucracy.”

He said in the seven years since the National Road Safety Strategy had been agreed to, many of the targets set, still could not be measured. “If government still can’t say how many crashes there were where speed was a factor and still can’t measure how many serious injuries occur from road crashes, how can it properly measure the success of various strategies? What we only know for sure is that it’s failing.” Mr. Bradley said.

He said the Government was right to commission an independent report into the strategy’s failings; but was wrong to stall responding to and implementing the recommendations.

Mr Bradley said the independent review confirmed Australia’s road safety strategy was grossly underfunded; that data collection was “embarrassing”; and that the Strategy’s transparency and accountability was little more than a ”consensus promise” from government.

“Today’s response from the Federal Government should have been to outline how those findings will be addressed to save more lives on our roads. Instead the response glosses over the recommendations and the fact that the road toll is higher today than just three years ago”, Mr Bradley said.

He said the only positive political response in recent months has been the Federal Opposition’s commitment to establish a Federal Office of Road Safety, which would start to address Australia’s data collection failures and harmonize road safety research and NRSS management.

“The AAA thinks this would be a good start and that the Federal Government should – as a first step – at least match this commitment”, he said.