After the Volkswagen AG emissions scandal in 2015 the Australian Automobile Association (AAA) and its member clubs committed to testing the difference between emissions in the lab and in the real world.

What the AAA testing showed is that the lab testing system is well and truly broken and consumers and policy makers are being misled.

How our Real-World Testing worked

30 cars were tested on a 90-minute real-world testing circuit. The circuit is divided equally into urban, rural and highway conditions

Tests were conducted according to European Commission protocols, adapted for Australian driving conditions and speed limits.

Tests must meet a strict set of requirements for things like vehicle payload, ambient conditions, speed and distance, as well as a specification of stop periods and total duration, or the test must be redone.

Real World Emissions testing is very reliable with an average of 3 percent variation between test results on the same vehicle. 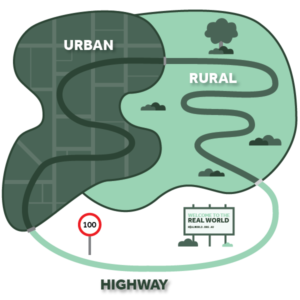 One plug-in hybrid electric car tested used more than four times the fuel consumed in its lab test. Clearly the hybrid’s fuel saving technologies had a much greater benefit in the 20 minute lab test than in a longer drive through the real world.

Our testing shows the lab test result on the windscreen of your new car is probably misleading.

On average, the cars* we tested in the real world used 23% more fuel than in their lab tests. The vehicle which produced the worst result was 59% above the lab test. Only three cars used the same amount of fuel on the road as they did in the lab.

11 out of 12 diesel cars tested were above the limit for one or more noxious gases, with one car emitting more than seven times the limit. Car manufacturers are not required to release the noxious gas lab results, but they must be under a certain laboratory limit. Cars may be meeting these limits in the lab, but for the first time we can see how much worse the problem is in the real world.

Emissions regulations currently only require a standard laboratory test. Our tests show that as emissions regulations get stricter, vehicles are meeting lab requirements through the use of technologies that don’t necessarily deliver the same benefit in the real world. This means emissions standards are not driving down emissions as expected.

How bad are the numbers?

Our tests show consumers can’t just assume the car will use a ‘bit more fuel’ on the road. Our average result was 23% higher fuel consumption than the lab test, with one car using 59% more.

The cars we tested were designed to meet various Euro emission standards in the lab. We learned that the gap between how cars perform in the lab and on the road is widening as standards get stricter.

Of the 12 diesel vehicles tested, 11 did not achieve the regulated limit for NOx gas. One vehicle emitted noxious gases seven times the legal limit. 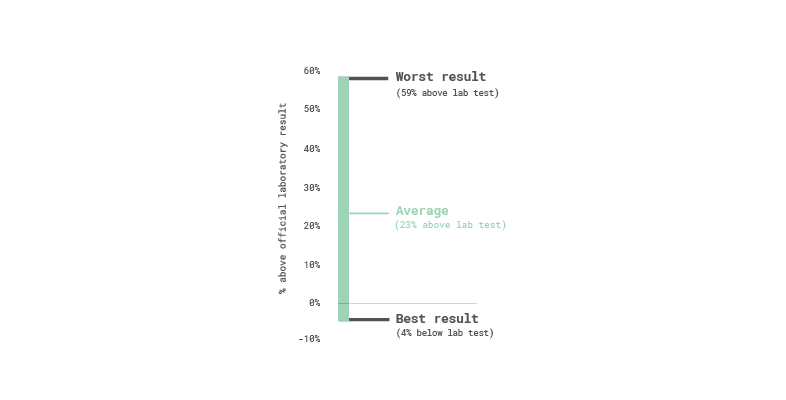 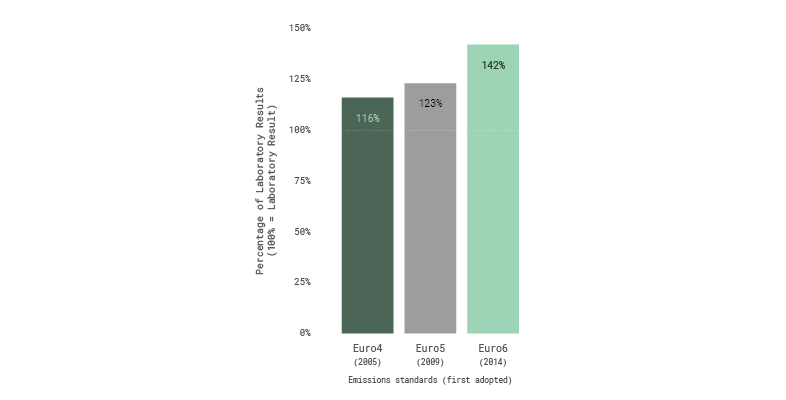 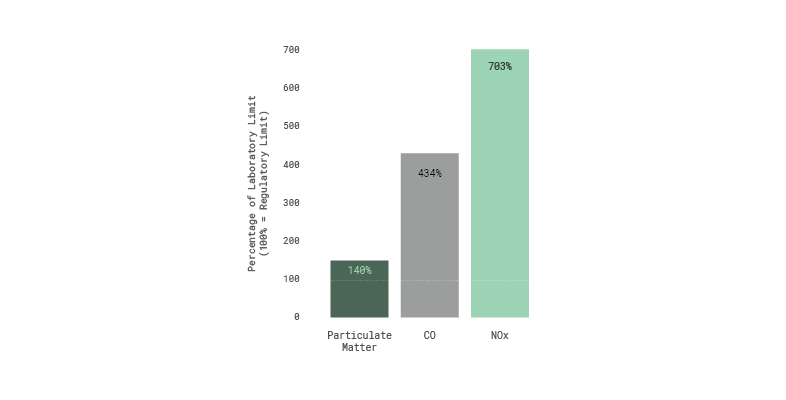 Real world testing is urgently needed in the Australian car market to ensure consumers and policy makers are basing decisions on real-world performance. Australians are already struggling with cost of living pressures; without better information on the real performance of new cars, they will continue to pay more for fuel and technology than they need to

The AAA is now calling on the Australian Government to introduce a local real-world emissions test program, modelled on the European standard but modified slightly to take into account Australia’s unique conditions.

Real world testing is affordable. For less than $3 per new vehicle sold in Australia, within two years, Australian consumers could have access to real-world testing information for 60% of new cars available on the Australian market. This is a very low-cost way to empower Australians to make better informed choices that suit their family budget, health, and their concern for the environment.

“There is a real problem in the Australian car industry – fuel efficiency claims are often incorrect and mislead consumers. Advertising claims need to reflect reality; real world testing of cars would help give Australians the correct information they need to make an informed decision when purchasing a car.”

“The ACCC supports moves to enhance the quality of information supplied to consumers currently being considered by the Ministerial Forum into Vehicle Emissions,including the introduction of a more realistic laboratory test and real driving emissions testing.”

“Real-world measurement of fuel consumption and emissions is likely to produce more accurate test results. Real-world testing may also limit the ability of manufacturers to implement defeat devices, or other emissions reduction technologies that are more effective on the test drive cycle than in real-world use.”

“The AfMA fully supports AAA’s proposed real-world driving emissions testing program as it compliments existing regulations, its proposed funding method is insignificant and requires little change to existing collection methods and sees Australia matching processes soon to be adopted by London, Paris and many other cities across the world.”

“Consumers need greater confidence in the greenhouse gas emissions figures that they are told by manufacturers to make informed transport choices. Over time as consumers become more informed about the pollution from car use, they are likely to buy cars that emit let pollution into the atmosphere.”

“Doctors for the Environment welcomes real world testing of vehicle emissions which contribute to some of the leading causes of death in Australia, including heart disease and lung cancer.”

Doctors for the Environment

A
Yes. The results of the AAA’s testing shows repeatability to within an average of 3%. During the test the car must meet criteria for average speed in each of the urban, rural and highway sections, minimum distances and controlled percentages of each of these, and there are restrictions on the duration of stops, otherwise the test is not valid and must be done again.

Q Can’t we just assume all cars use a bit more fuel on the road?

A
No. For some vehicles the fuel consumption is similar to the lab result, but there are other vehicles with variations as high as 59%. At the moment consumers are taking a gamble, and it’s unfair to both them, and also to car brands which are doing the right thing.

Q Can we rely on overseas tests?

A
No. Vehicles sold in Australia are not necessarily the same as those sold in other markets. Our driving conditions are different too, with 50km/h urban speed limits rather than 30km/h, lower highway speeds, and a hotter climate. We need a test that shows how cars will perform on Australian roads, in Australian conditions and using Australian fuels, all of which are quite unique.

Q Won’t the results depend on driving style?

A
No. These real-world tests are modelled on the new European Union on-road testing standards, designed so that the characteristics of the individual driver are largely irrelevant.

I support the AAA’s call on the Federal Government to introduce a real world emissions test program for new cars in Australian conditions. The results of such a program would: 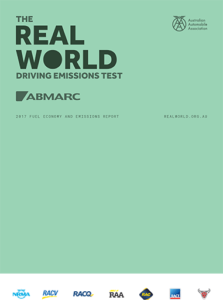